Have you ever thought about how you perceive the sounds in the environments you live and work in? The human mind is capable of distilling the myriad vibrations that reach the ear every second of our lives to create perceptions of sound worlds that not only give us an important sense of our surroundings but can enrich or enrage in equal measure.

Contrary to popular belief, it is not simply sheer loudness that makes a sound annoying. Context is everything. Consider a rock concert: the sound levels could be reaching levels in excess of 110 dB1, but members of the audience would not generally consider this a bad thing (although it is most certainly damaging to one’s hearing). A large aircraft a considerable distance away can make sound reaching comparable loudness, but very few people living close to an airport would consider this pleasant.

The fact that context informs our experience of a sound almost feels like common sense. We are more likely to notice (and be annoyed by) sounds that feel out of place given the space and situation we are inhabiting – perhaps a train whistle in the middle of a woodland or a TV presenter yelling ‘bogeys’ in a library. There is, in fact, a great deal of research to back this up, with statistical analysis showing that ‘appropriateness’ forms a key component of how people react to sound scenes2.

This reveals that sound scenes from similar locations have commonality in their content and there is a degree of expectation from a experienced listener of how an environment should sound that affects perception. The perceptual construct of a sound scene built up in the mind of a listener is known as a soundscape. The complex interplay between our expectations of a soundscape and its reality govern our experience, yet the vast majority of the legislation surrounding environmental sound considers the absolute sound levels alone, which only tell a very thin slice of the story.

A ubiquitous tool for undertaking environmental acoustic surveys is the Sound Pressure Level (SPL) meter. The standard measure referenced in most legislation is the LAeq, which indicates the equivalent continuous A-weighted SPL ‘dose’ 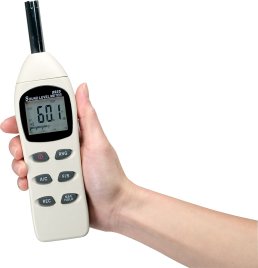 received over a given period of time3. SPL meters have the advantage of being cheap, portable and easy to use, but, in returning this single-figure level, discard the specific content and any perceptual nuances of the soundscape. To an SPL meter, then, an aircraft takeoff and a rock concert look the same and so might crashing waves and passing traffic. It’s not a leap of logic to conclude that the use of LAeq could be encouraging legislators to think of sound as ‘all the same’.

The law in this area tends to talk about “Environmental Noise”, “Noise Mapping” and “Noise Action Plans” which focus on the suppression of sound above a certain threshold level4. To an audio practitioner like myself, noise is a very specific type of signal – the auditory equivalent of the ‘snow’ seen on an analogue television tuned between stations – and so to see all sound indiscriminately lumped together under this label is philosophically troubling.

Researcher A. L. Brown summed up the prevailing approach as, appropriately enough, the “Environmental Noise Approach”, in which sound is treated solely as a waste, to be managed by reducing its levels. Brown contrasts this with the “Soundscape Approach”, in which sound is reframed as a resource to be managed by working towards preferred sounds not being masked or interrupted by disagreeable sounds5. Clearly such an approach requires a much more nuanced method of analysis than is possible with only an SPL meter.

This is where my research comes in. Over the past year since beginning my PhD research I have been studying environmental sound and how modern machine listening techniques can be brought to bear on its analysis. If we can understand acoustic environments more completely, we can help determine how we might work with the sounds in the environment to make the areas where we live and work better places for everyone.